Sleep Physiology
Sleep is a basic fundamental process that humans need. The average human spends between 6 to 8 hours per day or about one third of their lifetime sleeping. Sleep is defined as transient state of altered consciousness with perceptual disengagement from one’s environment. Contrary to popular belief, sleep is an active process involving complex interactions between the brain, subconscious centers and the rest of the body. Sleep has 2 main phases, the rapid eye movement (REM) phase, where dreams occur (dream sleep), and the non-rapid eye movement (NREM) phase.
Depending on the age and health of the individual, the percentage of each phase varies. The older the person, the lesser the proportion of REM sleep. In general, a healthy adult would spend about 15 to 20% in dream sleep. An infant can spend up to 50% his or her time in dream sleep. Scientists believe that dream sleep is more important of the 2 phases. It is believed that dream sleep is essential for rejuvenation and well-being, better memory function and better cognitive ability.

Sleep Disorders
Sleep disorders are fairly common disease in man. They range from sleep walking, sleep paralysis, insomnia, narcolepsy to sleep apnoea. The commonest sleep disorder is obstructive sleep apnoea.
An American research study showed that in a 30 to 35 year old population, 20% of men and 5% of women will snore, and by the age of 60, 60% of men and 40% of women will snore habitually. Obstructive sleep apnea is a common sleep disorder and is estimated to have an incidence of 24% in men and 9% in women. Many authorities believe that up to 93% of females and 82% of males with moderate to severe OSA remain undiagnosed.

Snoring
Snoring is frequently deemed as a social nuisance. Not a nuisance to the snorer, but a nuisance to the bed-partner. The presence of snoring is an ‘alarm’ that alerts one to the possibility of a sleep disorder. It is due to the vibration of the soft palate, uvula base of tongue and other soft tissues in the throat when one inhales. Snoring implies an increased resistance to the inflow of air during breathing at the level of the upper airways.

Sleep-disordered breathing is a spectrum of diseases related to decreased airflow through the upper airway during sleep, due either to complete or partial upper airway obstruction.

What are the symptoms:
During the day:
Daytime sleepiness, tiredness
Poor concentration
Poor memory
Morning headaches
Mood changes
Irritability
During the night:
Choking sensation at night
Gasping for air at night
Frequent arousals
Nocturia (frequent passing urine)
Loud snoring
These sleep disorders result in poor sleep quality, fragmented sleep, intermittent nighttime lack of oxygen and increased stress at night. OSA has profound effects on the cardio-respiratory systems. The Sleep Heart Health Study and the Wisconsin Sleep Cohort have demonstrated a strong link between OSA and hypertension. Patients with OSA have a 1.6 to 2.3 times higher chance of a heart attack and stroke than a normal patient.

Diagnosis
Diagnosis of OSA requires a thorough clinical examination, and a flexible nasoendoscopy. The gold standard overnight polysomnogram (sleep study) is also needed. Recently, the portable wrist worn home diagnostic device has been shown to be accurate and reliable. The WatchPAT is based on monitoring the oxygen levels and the tone of the arteries in the finger. It is much more physiological, as it does not disturb the patient’s sleep pattern and more comfortable.

Treatment of Snoring
With the advent of minimally invasive procedures, many office based techniques have been introduced. The use of synthetic Palatal Pillar Implants, for the treatment of snoring and mild OSA, has been recently popularized. This procedure is an office-based, day procedure, done under local anaesthesia with minimal pain, short recovery time and can be done under 10 minutes. The results have been very impressive and encouraging.
Other procedures introduced for the treatment of snoring that do not involve implants, involve “reshaping” the palatal anatomy and structure. These include the use of laser, cautery or radiofrequency techniques.

Medical Treatment
Conservative measures include weight loss, sleeping on one’s side, avoid smoking, alcohol, avoid being sleep deprived, and starting a regular exercise regime. Nasal Continuous Positive Airway Pressure (CPAP) is a non-invasive method of treatment, it entails the use of continuous positive airway pressure by a nasal mask worn by the patient throughout the night. CPAP is effective and frequently used in the treatment for OSA.

Surgical Treatment
Surgical treatment of OSA can range from reduction of soft tissues in the mouth to enlarging the skeletal framework of the jaw. The traditional palate operation can be done in conjunction with other tongue procedures in patients with moderate to severe OSA.
The Pang’s Expansion Pharyngoplasty (invented by Dr Kenny Pang) has been shown to be successful in over 80% for the time in patients with OSA. Other recent advances include a new minimally invasive tongue base sling suture (Tongue Suspension) that has been shown to be helpful.
Surgical treatment results have been shown to be efficacious in treating both patients’ symptoms of tiredness, poor concentration, reducing the number of breathing stoppages per hour, and prolonging the life of the inflicted patient. 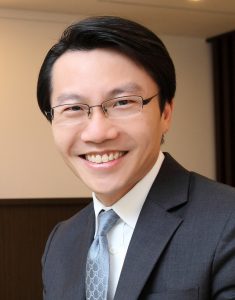